The four mess tables accomodated 24 men at a time during several sittings for each meal. Below the deck is the refrigerator compartment that held a ton of frozen meat, and the ammunition locker that doubled on some occasions as a temporary jail for Japanese prisoners rescued from the sea. This area was also home to the ice cream machine, which provided a cool treat for crewmen working in areas of the sub where the temperatures often reached 120 degrees (F) or more.

Unrated Sailors from the crew served as mess attendants. 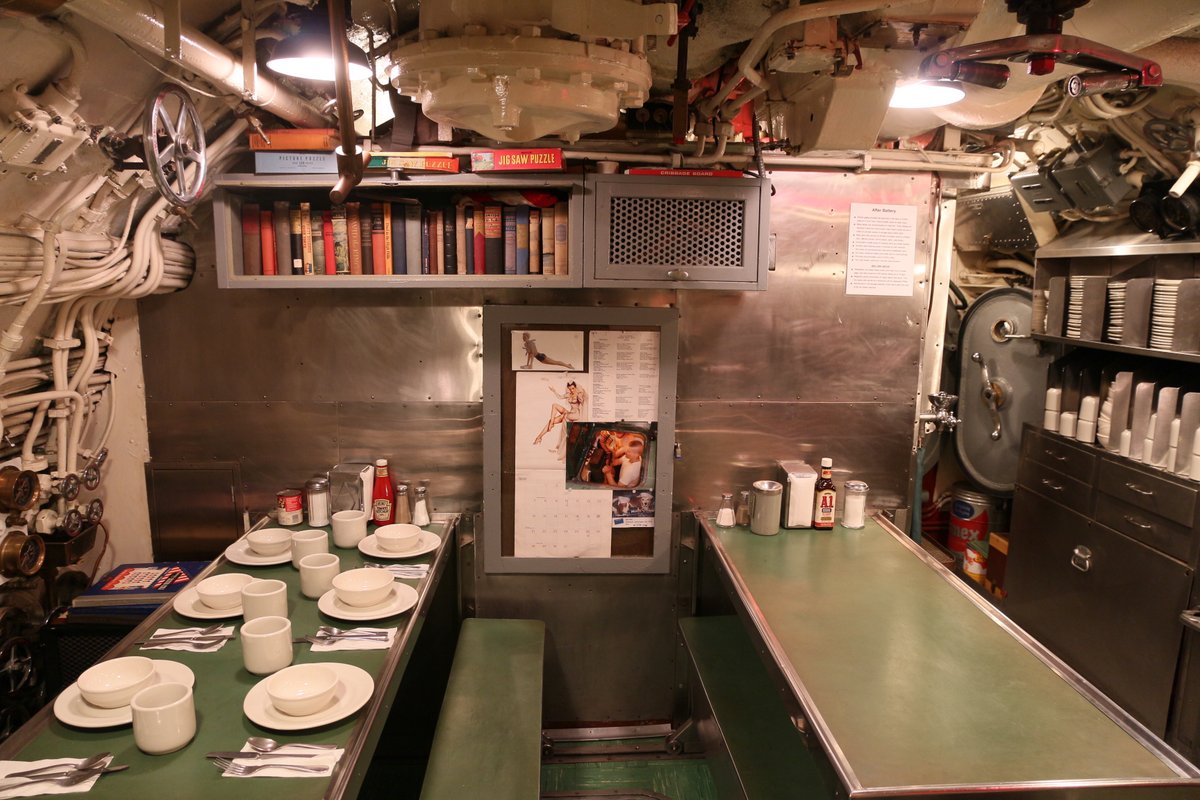 Here is a picture of the crew's mess area.