The main berthing (sleeping) area is located in the after battery compartment and is packed with 36 bunks stacked three high. Through an assignment system know as "hotbunking" up to 54 crewmen can bunk in this compartment. Hotbunking works by assigning two bunks to three men whose duty assignments assure that at least one of the three is on duty at any given time. Thus when one man wakes up and goes on duty, another coming off duty might climb into the still warm bunk. In this room there are also two crew toilets, a washroom, showers and a washing machine.

A bunk in one of the torpedo rooms is preferred by the enlisted men over the main sleeping compartment because these areas are cooler, quieter and kept dark - until a target is sighted. There are 15 bunks in the Forward Torpedo Room and 12 in the After Torpedo Room. 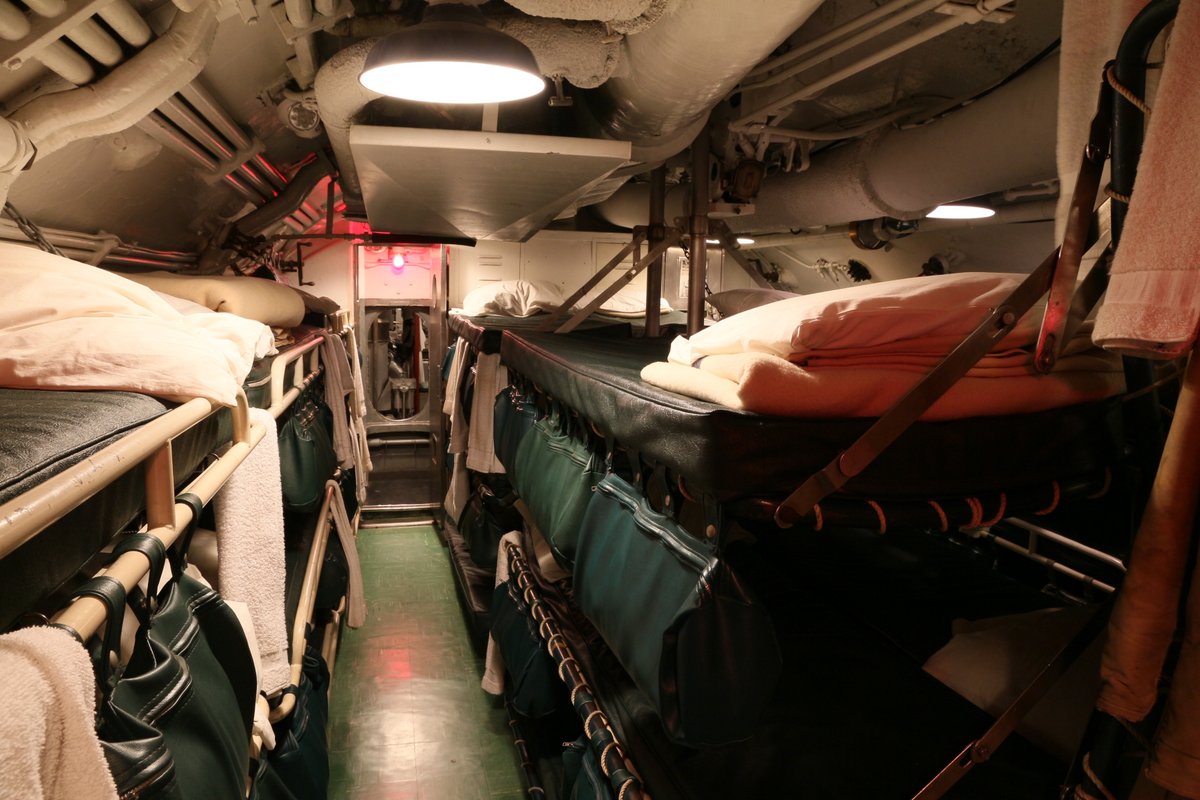